What is whooping cough?

Whooping cough (pertussis) is a disease that causes very severe coughing that may last for months. During bursts of violent coughing, you may make a noise that sounds like a “whoop” when you try to take a breath. You can cough so hard that you hurt a rib.

Whooping cough spreads easily from one person to another. Getting the pertussis vaccine can help you avoid the disease, make it less severe, and prevent you from spreading it to those who are at risk for more serious problems.

With good care, most people recover from whooping cough with no problems. But severe coughing spells can decrease the blood’s oxygen supply and lead to other problems, such as pneumonia. The illness can be

dangerous in older adults and young children, especially babies who aren’t old enough to have had the pertussis vaccine.

Whooping cough is caused by bacteria that infect the top of the throat (pharynx). The bacteria bother the throat, which causes coughing.

When someone with whooping cough coughs, sneezes, or laughs, tiny drops of fluid holding the bacteria are put into the air. The bacteria can infect others when people breathe in the drops or get them on their hands and touch their mouth or nose. After the bacteria infect someone, symptoms appear about 7 to 14 days later.

What are the symptoms?

Symptoms of whooping cough may occur in three stages, especially in young children. Adults and older children may not follow this pattern of symptoms.

In stage 1, symptoms are like those of a cold:

· You sneeze and have a runny nose, a mild cough, watery eyes, and sometimes a mild fever.

· The symptoms last from several days to 2 weeks.

· This is when you are most likely to spread the disease.

In stage 2, the cold symptoms get better, but the cough gets worse.

· The cough goes from a mild, dry, hacking cough to a severe cough that you can’t control.

· You may cough so long and hard that you can’t breathe. When you can take a breath of air, it may make a whooping noise.

· After a coughing fit, you may vomit and feel very tired.

· Between coughing fits, you feel normal.

· Symptoms are most severe in this stage. They usually last 2 to 4 weeks or longer.

In stage 3, you still have symptoms, but you feel better and grow stronger.

· The cough may get louder.

· Coughing fits may happen off and on for weeks.

· Coughing fits may flare up if you get a cold or have a similar illness.

· This stage may last longer if you have never had the vaccine.

Adults and older children usually have milder symptoms than young children. How bad your symptoms are also depends on whether you’ve had the vaccine and how long ago it was.

Symptoms of whooping cough usually last 6 to 10 weeks, but they may last longer.

How is whooping cough diagnosed?

Your doctor will ask you about your symptoms and do a physical examination. To rule out other health problems, he or she may order tests such as a chest X-ray or blood tests.

It can sometimes be hard to diagnose whooping cough, because you may seem healthy between coughing episodes. Your doctor may take a sample of mucus from your nose and have it tested for the bacteria that cause whooping cough.

How is it treated?

Whooping cough is usually treated with antibiotics. These medicines make it less likely that you will spread the disease. Also, if you start taking the antibiotics when you first get whooping cough, the disease may not last as long. Family members and other close contacts may be prescribed antibiotics before they have any symptoms.

Babies, especially those younger than 4 months, usually are treated in the hospital. This allows the doctor to see how well the baby deals with and recovers from coughing spells. It also makes it easier for the baby to get extra oxygen and other care if needed.

To avoid spreading the illness:

· Children with whooping cough need to take antibiotics for at least 5 days before going back to daycare or school. If your child didn’t take antibiotics, wait 21 days after the start of symptoms before sending your child to school or daycare.

Adults or teens with whooping cough need to take antibiotics for at least 5 days before being near young children or going to work at a school, a daycare centre, or a health facility.

If your child has whooping cough:

· Control possible triggers of coughing, such as smoke, dust, sudden noises or lights, and changes in temperature.

· Give your child frequent, small sips of fluids and nutritious foods.

· Use a humidifier in your child’s room. But watch closely to see its effect. Sometimes humidity makes coughing spells worse, in which case it should be avoided.

· Have your child who is age 1 year or older lie on his or her side or stomach rather than on the back. If your baby is younger than 1 year old, talk to your baby’s doctor about the best way to position your child.

Many of these same tips will help if you’re an adult with whooping cough. Make sure you get enough fluids, avoid triggers like smoke and dust, and consider using a humidifier.

Over-the-counter medicines, such as cough syrups and antihistamines, don’t help with whooping cough.

How can you prevent whooping cough?

Making sure that you and your children are immunized against whooping cough is the best way to prevent it. Starting at age 2 months, children need a series of shots (called DTaP) to protect against whooping cough. A booster shot (called Tdap) is recommended for ages 14 to 16 and for adults who haven’t had a Tdap shot yet.

Because whooping cough symptoms can be mild in adults, you may not know that you have the illness. Without a Tdap shot, if you have whooping cough, you can spread whooping cough to a young infant or another person who isn’t protected and for whom the disease is much more dangerous.

You can get whooping cough more than one time, and you may get it years apart. But you will be less likely to get it again if you get the shots as recommended.

Washing your hands often and staying away from people who have a bad cough may also help you avoid getting the disease. 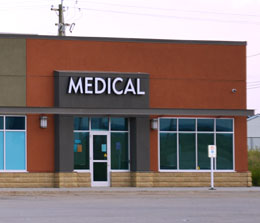